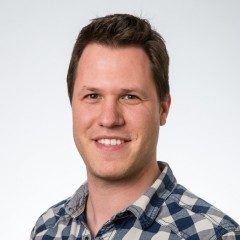 Tim Riswick was born on 17 November 1989 in Venray, the Netherlands. After finishing secondary school at Dendron College in Horst in 2008, he completed his bachelor’s degree bene meritum in History in 2011, and his research master’s degree cum laude in Historical Studies in 2013 at Radboud University Nijmegen, the Netherlands. In the same year, he started his doctoral research with a grant from the N.W. Posthumus Institute at the Department of Economic, Social and Demographic History at Radboud University. In the course of his PhD project, he was a guest researcher at the chair group ‘Sociology of Households and Consumption’ at Wageningen University, the Netherlands, and at the Program for Historical Demography at Academia Sinica, Taiwan. He presented his research at several international conferences, including the European Social Science History Conference, the International Population Studies Conference, and the European Society for Historical Demography Conference. At the latter he won the Roger Schofield Award for the best paper by a young scholar in 2019. He also successfully acquired funding for several research activities, such as a travel grant from the Neys-van Hoogstraten Foundation and a seminar grant from NWO-MOST to organise the joint seminar ‘Life at the Extremes 2.0: A New Research Agenda for Studying Historical Life Courses in the Netherlands and Taiwan’. Since May 2020 he has worked as a postdoctoral researcher in the project ‘Lifting the burden of disease. The modernisation of health in the Netherlands: Amsterdam, 1854-1926’ headed by Angélique Janssens at Radboud University.

Next to his scientific research, Riswick was active in several (academic) organisations during his doctoral research. Since 2013 he has been a board member of Museum de Kantfabriek in Horst, responsible for collection and project management. He was a lecturer in several summer schools and bachelor’s courses at Radboud University (2015-2017), TamKang University (2016-2019), and the University of Groningen (2019-2020). In addition, he was elected to be a member (2015-2016) and vice-president (2016-2017) of the Work Council (OR) of Radboud University on behalf of the PhD Council Nijmegen (PON). In 2016 he co-organised, together with Laurien Zurhake, the debate series ‘Criteria van waarde in de geschiedbeoefening’ on behalf of the Royal Netherlands Historical Society (KNHG) and was part of its working group ‘Code of Conduct’. The Association for Young Historical Demographers (AYHD) was created in 2016. From that time onwards he has served as the president of this organisation, which aims to bring together junior scholars investigating historical demographic processes. As part of the Professional PhD Programme, he worked for six months as a junior policy officer at the Netherlands Organization for Scientific Research (NWO) in 2018. He joined the editorial board of The History of the Family as social media editor in 2019. Since September 2019 he has held the position of Education Programme Director at the N.W. Posthumus Institute.